2012 saw the centenary celebrations of Brenda Chamberlain. Born in 1912, Brenda was brought up in Bangor and like many other Welsh women writers (including Margiad Evans) she initially trained as an artist.

A selection of her art work can be viewed on the Martin Tinney Gallery website.

Chamberlain is known within Welsh Writing in English for her accounts of island living including life on Ynys Ennli in Tide-Race and the Greek island of Ydra in A Rope of Vines. 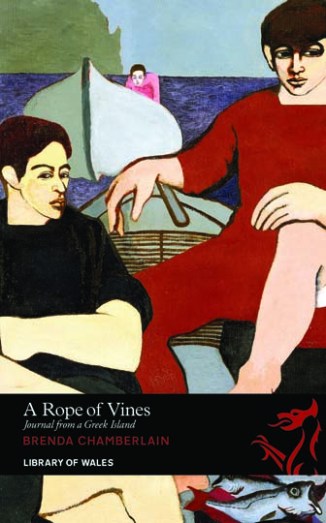 However, perhaps one her most interesting ventures was a project which allowed her to combine her passion for image and word. During the Second World War Chamberlain set up the Caseg Press in Llanllechid with the help of her partner, artist John Petts.

Alongside war poet Alun Lewis, the trio created the Caseg Broadsheets. Inspired by chapbooks and broadside ballads, the broadsheets featured original woodcut artwork by Petts and poetry from prominent Welsh poets of the time including Dylan Thomas and Lynette Roberts. Alun Lewis wanted to create an affordable piece of literature available to the masses. Unfortunately the broadsheets did not take off as they would have hoped as the team struggled to fund their venture. However, it is still possible to find original copies of these wonderful pieces of artwork that combine poetry and images that highlight Welsh artistic output during the war. Brenda Chamberlain’s own account of the process behind the  project is also documented in her book ‘Alun Lewis and the Making of the Caseg Broadsheets.’

Original copies can be found at Bangor University Archives.

As advertised the first book groups went ahead this week at Palas Print in Bangor.We discussed Margiad Evans’ first written work ‘Country Dance’, a novella set on the Wales England border. The book is one of the original publications of the Library of Wales series published by Parthian. More information about the series can be found here. 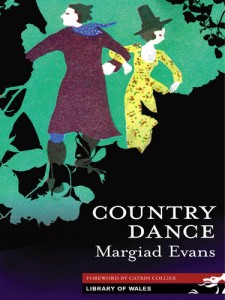 Unfortunately the morning session wasn’t as popular as Wednesday afternoon, nevertheless lots of conversation was had! After re-reading the book  I was worried that the group might find it quite bleak and depressing. However, everyone thoroughly enjoyed it and one main talking point was how, despite its spare language and lack of description, it managed to keep us hooked right up until the end.

We had lots of ideas and discussed how the terseness of the language created an immediacy that compels you towards the female protagonist Ann Goodman. The group particularly liked the diary format as it helped in describing the harsh reality of life in rural Wales in the 1850s. We felt that Ann was a strong woman and didn’t necessarily need to be painted as the victim- she clearly knew her own mind!

Another talking point was Evans’ references to life in the border country. Being pulled back and two between two cultures and two languages  it was interesting to see Ann’s relationships with her English and Welsh love interests. It was also interesting to consider the use of the Welsh language in a Welsh Writing in English book. We agreed that it added rather than detracted from Evans’ portrayal of border life.

I had read in an online review how Evans’ work had been compared to the Brontes’. However, most disagreed saying ‘Country Dance’ was a more real and honest depiction of rural bleakness. Another interesting comparison was Hardy’s ‘Tess of the D’Urbervilles’.

It was great to see that the first book choice was a success and everyone said they would go on to read more of Margiad Evans’ work. One book group member who is a writer even placed ‘Country Dance’ as an inspiration for his own work. A final point raised was the fact that Evans’ depiction of life in a border country would be appreciated by readers in other similar border situations, proving Evans’ books deserve to be appreciated internationally.

Here are the details for the next two books groups:

Both meetings are at Palas Print Bangor.

You can get the books from the Palas Print website www.palasprint.com or copies are available at Bangor Library and Bangor University Library.

Edited by Jane Aaron, this anthology of Welsh short stories is a great way to access Welsh Writing in English. Honno are a press located in Aberystwyth who specialize in publishing women’s literature and this anthology has been a vital part of recovering little-known or forgotten Welsh women writers and their work.

You only have to scan the author biographies at the back of the book to understand how Welsh women writers have been neglected over the past 200 years. In many cases there has been no republication of the authors work for decades. For example, the short story ‘Mad Moll’s Story’ by Anne Beale has not been published since its original publication in 1849! Bangor University Library actually holds a copy of this publication, battered and falling apart, it is the sad reality and reminder of the legacy of some Welsh writers which needs to be rejuvenated. If it wasn’t for Jane Aaron’s edited collection I would probably never have come across these unique short stories.

In terms of content, you will find themes that are common in the short story genre in general. A form favoured by the outsider and those on the edge of society, the short stories depict women who feel peripheral in their Welsh lives. As the title suggests the women often look across the valley (able to connect with the Welsh landscape) rather than connecting with the people who live in the valleys below. For this reason the stories offer a great insight into the lives of Welsh women from pre- to post-industrial Wales.

If you enjoy this collection I would definitely recommend Honno’s Welsh Women’s Poetry edited by Katie Gramich and Catherine Brennan. This is a ground-breaking bilingual anthology that includes women’s poetry from 1460 to 2001. Both books are vital to the recovery of Welsh writing and a great way to access Welsh Writing in English. 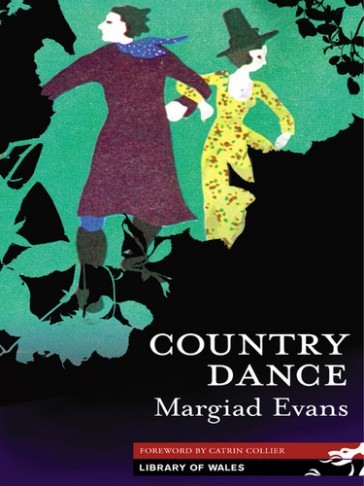 In the first book group we will be reading ‘Country Dance’ by Margiad Evans which you will find in Bangor University Library, Bangor Library or you can buy it from Palas Print.

Country Dance presents a first person account of passion, murder and cultural conflict played out in the young Ann Goodman, who is torn by ‘the struggle for supremacy in her mixed blood’, Welsh and English. In this love story, set in the late nineteenth century, the rural way of life is no idyll, but a savage and exacting struggle for survival.

If you haven’t already been in contact it would be great to hear from you if you’re thinking about joining either of the meetings.